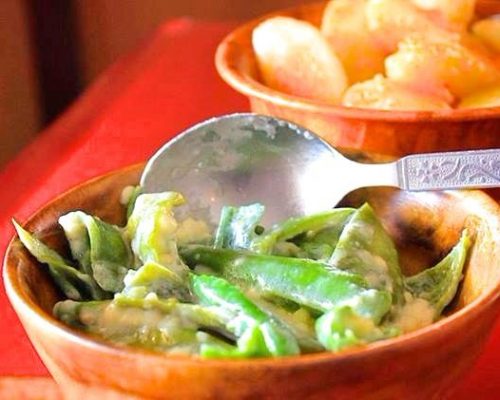 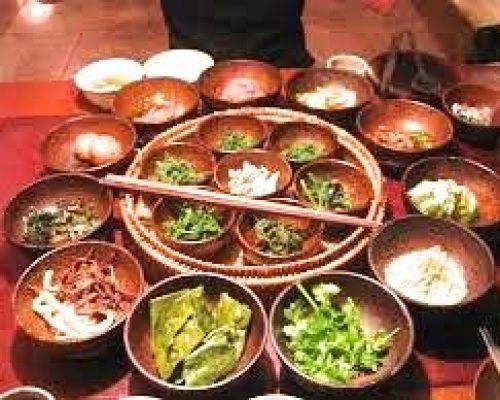 Some of the dishes 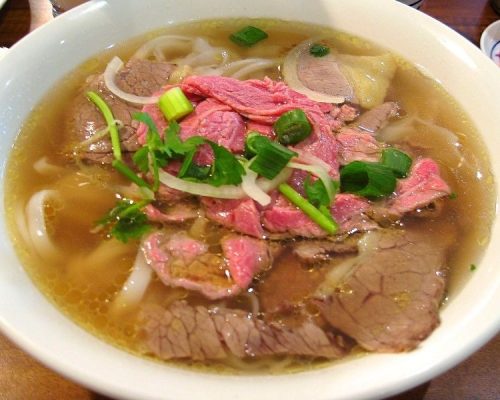 The most distinctive characteristic of Bhutanese cuisine is its spiciness. Chillis are an essential part of nearly every dish and are considered so important that most Bhutanese people would not enjoy a meal that was not spicy.

Rice forms the main body of most Bhutanese meals. It is accompanied by one or two side dishes consisting of meat or vegetables. Pork, beef and chicken are the meats that are eaten most often. Vegetables commonly eaten include Spinach, pumpkins, turnips, radishes, tomatoes, river weed, onions and green beans. Grains such as rice, buckwheat and barley are also cultivated in various regions of the country depending on the local climate.

The following is a list of some of the most popular Bhutanese dishes:

Traditional Bhutanese eating habits are simple and, in general, food is eaten with hands. Family members eat while sitting cross legged on the wooden floor with food first being served to the head of the household first.

It is usually women who serve the food and in most cases, the mother. Before eating, a short prayer is offered and a small morsel placed on the floor as an offering to the local spirits and deities. With modernization, eating habits have changed and in urban areas, people usually eat with cutlery whilst seated at a regular dining table.

Traditionally dishes were cooked in earthenware, but with the easy availability of modern goods, pots and pans have largely replaced their use. A typical Bhutanese meal consists of rice, a dish of Ema Datshi, the country’s favourite dish of chili and cheese, pork, beef curry or lentils.