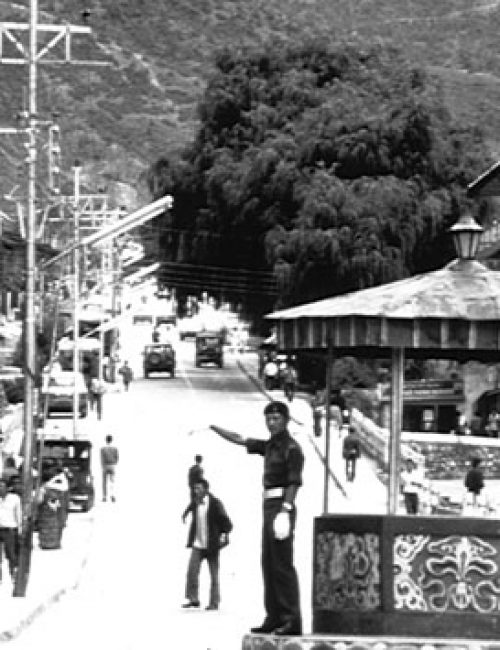 For many centuries, the outside world had no name for Bhutan. Its lofty frontiers wrapped it in an impenetrable cloak of mystery. The Tibetan chroniclers of the 18th century referred to it by many names, including “Hidden Holy Land,” The Southern Valley of Medicinal Herbs,” and “the Lotus Garden of the Gods.” However, the Bhutanese have had a name for their own country for centuries. They still refer to their land as Druk Yul, literally meaning “The Kingdom of the Thunder Dragon.”

Bhutan’s historical period begins at about 747 A.D., when the revered religious leader Guru Padma Sambhava came from Tibet and introduced Buddhism to the country. Known also as Guru Rimpoche, this remarkable man — almost as highly esteemed as Buddha himself in Bhutan

The country was first unified in 17th century by Zhabdrung Ngawang Namgyel. After arriving in Bhutan from Tibet he consolidated his power, defeated three Tibetan invasions and established a comprehensive system of law and governance. His system of rule eroded after his death and the country fell into in-fighting and civil war between the various local rulers. This continued until the Trongsa Poenlop Ugyen Wangchuck was able to gain control and with the support of the people establish himself as Bhutan’s first hereditary King in 1907. His Majesty Ugyen Wangchuck became the first Druk Gyalpo (Dragon King) and set up the Wangchuck Dynasty that still rules today.

In 2008 Bhutan enacted its Constitution and converted to a democracy in order to better safeguard the rights of its citizens. Later in November of the same year, the currently reigning 5th Druk Gyalpo Jigme Khesar Namgyel Wangchuck was crowned.